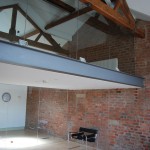 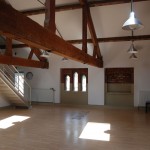 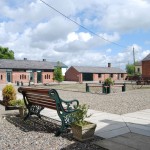 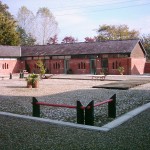 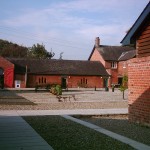 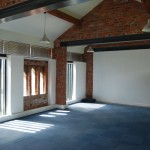 The Clifton Fields project is an award winning office development that was architect designed and constructed by main contractor, Hamilton Construction Ltd. Clifton Fields was an existing farm courtyard originally constructed in the 19th century situated in Clifton just outside of Preston, Lancashire. The project won a Premier Conservation Award for good design in the environment after it was developed into offices, meeting rooms and training facilities.

The re-modelling and refurbishment of the existing buildings was carried out in two phases:

The aim of the first phase of the project was to convert the low single story building into individual office units. Hamilton Construction achieved this by removing the existing slate roof structure, adding a line of Clerestory glazing to the newly sandblasted brickwork walls and replacing the roof structure on a steel frame from the new reinforced insulated ground floor slab.

The aim of the second phase of the project was the conversion of the remaining redundant buildings within the courtyard. Due to the already existing higher roof structure these units were converted to provide ground and mezzanine floors. Full-height glazing was added to the main opening with frameless glazing added to the Gothic style windows that were originally there. External works were also completed maintaining the original stone setts with a concrete path walkway.